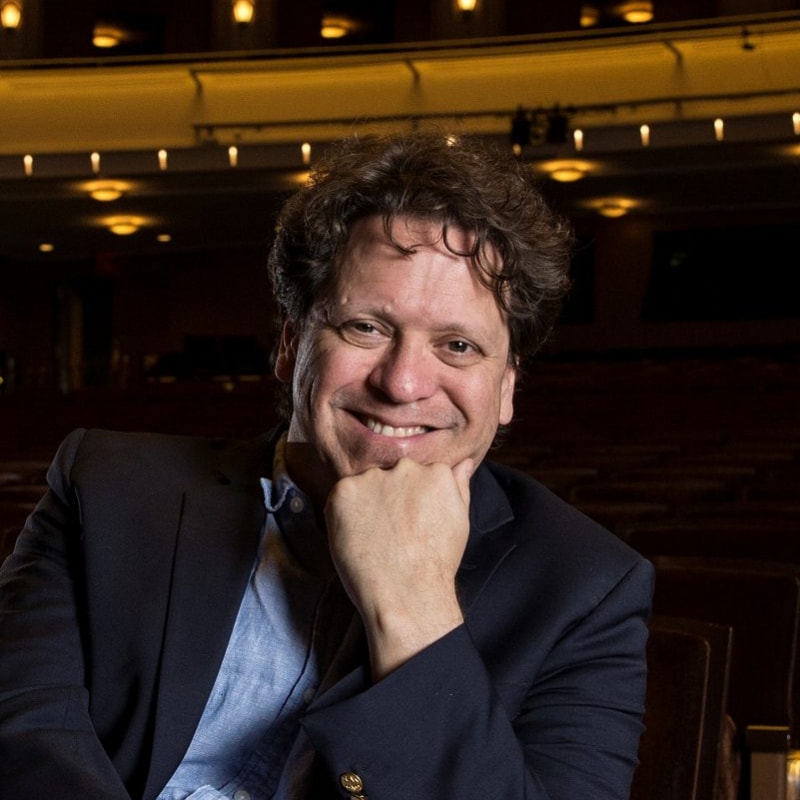 Cabrera has evolved the Las Vegas Philharmonic’s concert experience since assuming the role in 2014 by expanding the scope and breadth of its orchestral concerts, hosting engaging and lively pre-concert conversations with guest artists and composers, and by creating the Spotlight Concert Series that features the musicians of the Las Vegas Philharmonic in intimate chamber music performances.  Since Cabrera’s appointment as Music Director in 2013 of the California Symphony, the organization has redefined what it means to be an orchestra in the 21st Century. Under Cabrera’s baton, the California Symphony has reached new artistic heights by implementing innovative programming that emphasizes welcoming newcomers and loyalists alike, building on its reputation for championing music by living composers, and committing to programming music by women and people of color.

Deeply committed to diversity and education through the arts, Cabrera has furthered the scope, breadth, and content of the Las Vegas Philharmonic and California Symphony’s music education programs. In past years, annually reaching over 20,000 Title I fourth graders of the Clark County School District, Cabrera completely reshaped Las Vegas Philharmonic’s Youth Concert Series to be a curriculum-based concert experience, while also integrating a hands-on, complimentary experience with the DISCOVERY Children’s Museum.  California Symphony’s Sound Minds program has achieved national attention for its El Sistema-inspired approach and has a proven track record in impacting the lives and improving the test scores of hundreds of K-6 children in San Pablo’s Downer Elementary School.

As Resident Conductor of the San Francisco Symphony, Cabrera worked closely with its Music Director Michael Tilson Thomas and frequently conducted the orchestra in a variety of concerts, including all of the education and family concerts, reaching over 70,000 children throughout the Bay Area every year. During his seven seasons as Music Director of the San Francisco Symphony Youth Orchestra, Cabrera took the group on two European tours, winning an ASCAP Award for Adventurous Programming of American Music on Foreign Tours, and receiving critical acclaim for a live recording from the Berlin Philharmonie of Mahler’s Symphony No. 1.

Cabrera is equally at home in the world of opera. He was the Resident Conductor of the San Francisco Opera from 2005-2008 and has also been an assistant conductor for productions at the Metropolitan Opera, Lyric Opera of Chicago, the Ravinia Festival, Festival di Spoleto, the Aspen Music Festival, and the Music Academy of the West. Since 2008, Cabrera has frequently conducted productions in Concepción, Chile.

Awards and fellowships include a Herbert von Karajan Conducting Fellowship at the Salzburg Festival and conducting the Nashville Symphony in the League of American Orchestra’s prestigious Bruno Walter National Conductor Preview. Donato Cabrera was recognized by the Consulate-General of Mexico in San Francisco as a Luminary of the Friends of Mexico Honorary Committee, for his contributions to promoting and developing the presence of the Mexican community in the Bay Area.