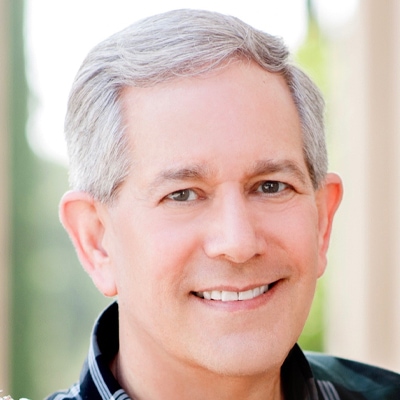 Stephen Caplan has defied the odds with his three decades career as a classical oboist in Las Vegas. What other oboe player has tuned a slot machine, recorded music with a spinning roulette wheel, and performed for Klingons at a Star Trek convention? Principal Oboist with the Las Vegas Philharmonic and Professor of Oboe at the University of Nevada, Las Vegas, Caplan’s career is truly multi-faceted. He has travelled internationally as a concerto soloist and chamber musician, and performed with classical music superstars including Luciano Pavarotti, Itzhak Perlman and Hilary Hahn. He is equally at home accompanying popular music superstars on the Las Vegas Strip. Numerous collaborations with leading contemporary composers have resulted in commissioning, premiering and recording new repertoire for the oboe. Additionally, he is recognized for ground breaking pedagogical work, with published books and journal articles, and a busy international teaching schedule.

For many years, Caplan performed with and directed the award winning Sierra Winds, touring throughout the US and producing numerous acclaimed recordings. After the Sierra Winds’ debut at Weill Recital Hall, Carnegie Hall, the New York Times reported that the wind quintet “discourages the usual image of Las Vegas as purveyor of sin, bad taste and tough college basketball” and then continued to commend its performance: “it is the sense of style and mutuality of ensemble that makes this such an attractive group.”

Caplan’s devotion to championing new American music for oboe culminated in his highly acclaimed solo recording, A Tree in Your Ear. This 1999 release surveys a wide variety of 20th century musical styles composed for the instrument, including blues, gospel, and electronica; it begins with music praised by the New York Times in which “the oboist Stephen Caplan engages in intricate call-and-response with a chorus of chirping frogs.” His recordings have been featured on NPRs All Things Considered, and Performance Today, and he has played in orchestras for the Latin Grammys as well as other international television broadcasts. Caplan has given solo recital and concerto performances throughout the US and Europe, and was recently awarded the Nevada Arts Council’s Fellowship Project Grant, resulting in a series of online videos of American music for the oboe.

Born in Louisiana, Caplan studied with many of the world’s finest oboists including Ray Still, John Mack and Evelyn Barbirolli. His teaching is profoundly influenced by his work with flutist Marcel Moyse; tuba and breathing expert Arnold Jacobs; and Alexander Technique teacher, Barbara Conable. He received a Bachelor’s degree in Oboe Performance from Northwestern University, and Master’s and Doctoral degrees from The University of Michigan. Dr. Caplan, Professor of Oboe at the University of Nevada Las Vegas, has devoted years investigating ways to make oboe playing easier through somatic work such as Alexander Technique, Feldenkrais Method, Yoga, and Tai Chi. He became licensed to teach Body Mapping after extensive private study with the creator of this technique, Barbara Conable. His book, Oboemotions: What Every Oboe Player Needs to Know about the Body, is praised as “the operating manual for oboists,” and his Breathing Book is becoming a staple for oboists internationally. He has presented clinics at many of the world’s finest music schools and conservatories, and his master classes have been featured at conferences of the International Double Reed Society. Caplan is a Buffet Group USA Performing Artist.

For more information, including performance and instructional videos, see: www.oboemotions.com

“Caplan had a keen ear for true pitch and ample finger facility. But more than this, he was an interpreter who shaped phrases musically, kept strong rhythms and employed an expressive range of dynamics.”–San Diego Union