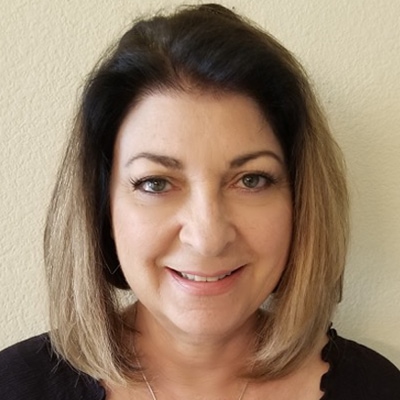 Rebecca Ramsey, violinist and composer, is a first violinist in the Las Vegas Philharmonic and is also currently concertmaster for The Lion King at the Mandalay Bay. She is first chair for the Jerry Lewis MDA Telethon each year and has played on many nationally broadcasted television shows such as “American Idol” and the “Billboard Awards.” Throughout her years in Las Vegas, she played first chair for many of the musical giants of our time; including Frank Sinatra, Tony Bennett, and Sammy Davis Jr., Johnny Mathis, Natalie Cole, Pavarotti and as concertmaster for Andrea Bocelli’s PBS special at Lake Las Vegas, Under a Desert Sky.

A private teacher, her violin students have been winners of the Bolognini competition, the Silver State, the MTNA at the state level the national Sphinx competition and the Las Vegas Philharmonic Young Artists competition. Rebecca plays several chamber music concerts a year for the Las Vegas Courthouse series and the Reed Whipple Cultural Center as a member of the Glenwillow Trio.Her award-winning recording of The Stone Sanctuary, Silhouettes of Zion, features her own original compositions and has been played frequently on KCNV-FM 89.7 Nevada Public Radio.