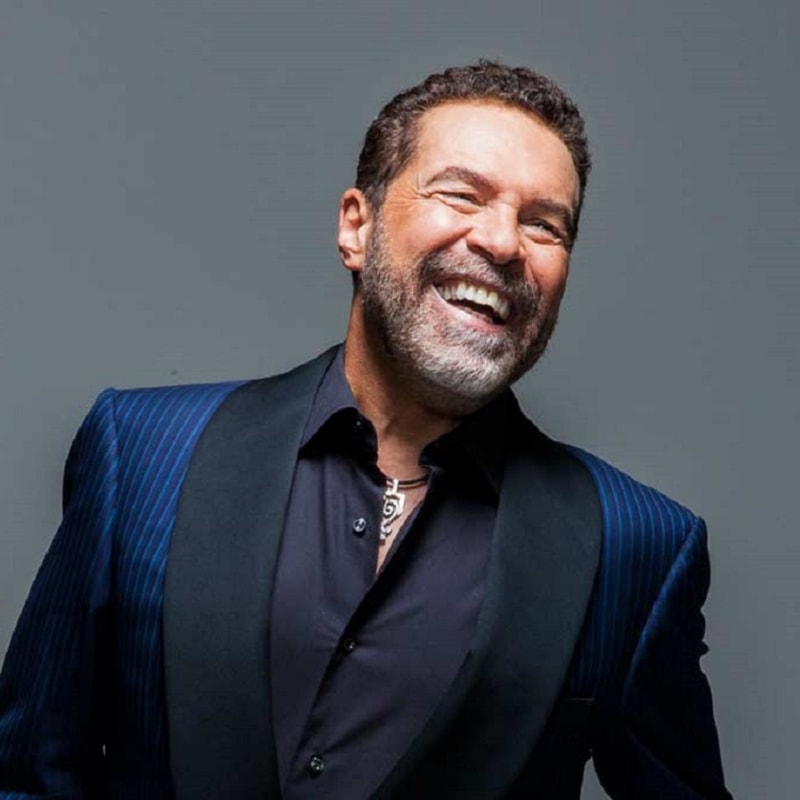 Like a painter with a blank canvas, he makes every performance an original. His powerful voice and magnetic stage presence embrace the upbeat side of life. When Clint is on stage, anything can happen, and usually does.

He is a consummate entertainer, writer, performer, recording artist, and one of the country’s finest vocalists. Whether he is singing selections from contemporary classics or stirring, original pieces, every performance is a one-of-a-kind, mesmerizing, and unforgettable experience.

The son of an African-American jazz musician and a classically-trained British opera singer, Clint was raised with the best of two musical worlds.  His 40-plus year career has taken him from the top of the charts, to concert halls, on TV screens, and cemented his legacy as a veritable Las Vegas institution.

His big break came in 1972 when he released “Playground In My Mind,” a song that stayed on the Billboard Hot 100 chart for 23 weeks. In addition to hosting his own Emmy Award-winning talk/variety show, Clint was a musical feature and event correspondent for Entertainment Tonight, and served as Joan Rivers’ sidekick and announcer on FOX’s The Late Show.

Throughout his 40+ year career, Clint has received many accolades—most recognizably, he received the highest honor of a GRAMMY® nomination for his album, Rendezvous. Produced by eight-time Grammy Award-winner Gregg Field, the sophisticated album offers a diverse playlist that reinterprets modern day and classic pop hits, Jazz, soulful R&B, theatrical tunes, and numbers culled from the Great American Songbook.

As a favorite Las Vegas performer, Clint headlined at his “Clint Holmes Theater” at Harrah’s (performances from the Clint Holmes Theater aired on PBS and a DVD was released in 2001) from 2000 to 2006. From 2012 through 2017, Holmes served as the Artist-In-Residence for Cabaret Jazz at the Smith Center for the Performing Arts in Las Vegas, performing to sell-out crowds each month. His show, Between the Lines, was featured at the Palazzo Theater in 2016 and 2017. SOUNDTRACK: Your Songs. Our Stories. The Show. combined Clint’s talents with Las Vegas Male Vocalist of the Year Earl Turner at the Westgate in 2018. Clint’s Las Vegas awards include “Casino Entertainer of the Year,” six time “Best Male Singer” from the Las Vegas Review Journal, “Best Singer” (two years in a row) from Broadway.com in both NYC and Las Vegas, “Best All-Around Las Vegas Performer,” and “Favorite Male Las Vegan.”

In addition to Las Vegas, Clint regularly performs around the United States.  New York City has become almost a second home, where he won two Broadway World Awards with Billy Stritch and Christian Tamburr for a show he co-wrote and co-starred in, Straighten Up and Fly Right… A Nat King Cole Tribute. He won the 2013 Bistro Award (NYC) for “Best Male Singer” for his performance in Stop this Train (a show which he also co-wrote) and was directed by Larry Moss. He continues to tour with the Georgia On My Mind Tour, along with Take 6, Nnenna Freelon, Kirk Whalum, and Tom Scott featuring the music of Ray Charles.

Currently, Clint is working on a one-man theater piece called, If Not Now When, and as a lyricist on Frank Wildhorn’s new musical, La Ronde.

Perhaps what has endeared Holmes to the people of Las Vegas as much as his music is his never-ending spirit of graciousness. He has become involved with several worthwhile causes in the community such as JDRF, Candlelighters, ROB Reachout, Shadetree, St. Jude’s, and various cultural events. Following a brief battle with cancer, he has also served as a spokesman for the American Cancer Society. Clint serves on the Board of Director of Jazz Outreach Initiative, which provides mentorship to aspiring, young musicians in the Las Vegas Area.

In December 2005, the Clint Holmes Foundation for the Performing Arts launched to benefit children in art and music programs throughout Las Vegas.