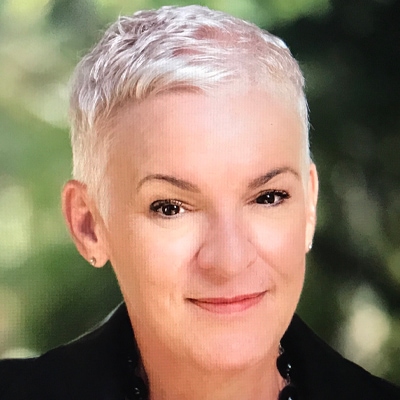 Beth Lano, associate principal French horn, was educated at Ball State University and Indiana University, with occasional trips to Northwestern University and the University of Michigan to augment her private studies. A student of Philip Farkas, Dale Clevenger, Louis Stout and Fred Ehnes, Beth began her career at the age of 17 as a traveling and recording musician. She has performed with the Indianapolis Symphony, the Atlanta Symphony, the Omaha Symphony and “Opera Omaha”, the Fort Wayne Philharmonic and the Grand Rapids Symphony.

After moving to Las Vegas in 1982, Beth spent five years in the traveling orchestra backing Wayne Newton, followed by a two-year stint in the orchestra for Bally’s “Jubilee!” show, where she was also assistant conductor. In 1986, she began playing with Frank Sinatra, and toured with both his East and West coast orchestras. She also toured with Ann-Margret and Johnny Mathis.

In 1989, Beth began her public relations career working as Director of Public Relations for the Musicians Union of Las Vegas during a serious labor dispute. At the end of the strike, she continued her career as an independent publicist for various arts and labor organizations, eventually joining local public relations and advertising agencies.

She continued to freelance in music and public relations throughout the 1990s, and during this time became an award-winning voice actor. She also became a morning radio DJ, hosting a daily lifestyle/entertainment show on KQOL-FM, then on KSTJ-FM; and she hosted a nightly show on KJUL-FM. She later became an announcer for Nevada Public Radio, hosting shows on KNPR-FM and KCNV-FM.

Beth was solo horn in “Monty Python’s Spamalot” at Wynn Las Vegas, and principal horn in “Phantom: The Las Vegas Spectacular” at the Venetian Resort and Hotel. She has performed with many entertainers appearing in Las Vegas, including Tony Bennett, the Who, Elton John, Stevie Wonder, Seal, Andrea Bocelli, Luciano Pavarotti, Placido Domingo, Kelly Clarkson, Cheap Trick, and many others. She can be heard on several critically-acclaimed jazz recordings, most notably Carl Saunders’ “Eclecticism”, Harry Skoler’s “A Work of Heart”, and Paul Broadnax’ “Here’s to Joe”, a tribute to Las Vegas jazz legend Joe Williams.

Beth is currently Director of Marketing and Public Relations at the University of Nevada, Las Vegas School of Music, where she is also an adjunct instructor of horn. She maintains a successful private teaching studio, and works as a freelance voice actor. She lives in South Las Vegas, and in her free time (when there is any) Beth enjoys hiking, writing, reading and traveling.