Spotlight on a Little Night Music

The Spotlight on a Little Night Music program will feature:

Thank you to the Las Vegas Philharmonic Guild for sponsoring this Spotlight Concert. 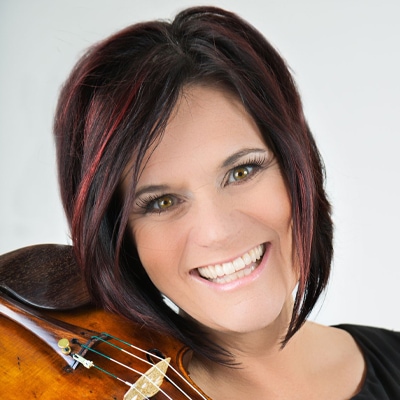 De Ann has been the Concertmaster of the Las Vegas Philharmonic for over twenty seasons. She has been described as a powerfully warm and emotionally charged violinist with the unique ability to relate her love of music to all audiences. De Ann is also one of the few female concertmasters in the U.S.

The Las Vegas Review Journal said “…she performed not only impeccably but with an exuberant sense of joy.” The Duluth News Tribune raved “… her performance was sensationally vibrant from beginning to end.”

Her career, now spanning over 30 years, includes many performances throughout the US and Europe as soloist and chamber musician on violin and viola. Formerly affiliated with the Cincinnati Symphony and Pops Orchestra, she has appeared as guest artist with many orchestras including the Milwaukee Symphony, National Arts Chamber Orchestra (Chicago), Duluth-Superior Symphony, St. Martin Chamber Orchestra, Nevada Chamber Orchestra and the Lake Superior Chamber Symphony in addition to soloing with the Las Vegas Philharmonic.

De Ann has also been a frequent guest artist performing recitals on radio broadcasts including KNPR FM, National Public Radio, WQXR FM in New York City, and Wisconsin Public Radio. She was awarded the Governor’s Excellence in the Arts Award and was a prizewinner at the National Arts Competition in Washington DC. De Ann has also won First Prize at the International Starling Violin Competition in Aspen CO.

De Ann was honored by National Association of Women Business Owners as the first ever recipient of the “Woman of Distinction Award in the Performing Arts” and received the Congressional Certificate of Achievement for her work in helping build performing arts in Las Vegas. In 2012, she received a “Lifetime Achievement Award” from her alma mater, Superior High School, for her work with various music programs and young artists where her passion and enthusiasm for developing communities through the arts and youth arts education have had a lasting impact.

Living in Las Vegas, she is sought after by some of the best-selling, popular performers of today in addition to her classical performances. De Ann performed, recorded and traveled with Celine Dion for nine years. She recorded an acoustic album, “Uku-Latte” with her friend, Billboard Chart/Vegas headliner, Frankie Moreno. She has performed for the Billboard Award shows, American Music Awards, Country Music Awards, Latin Grammy’s and other productions. De Ann has performed with popular artists including Lady Gaga, Kelly Clarkson, Carrie Underwood, Thomas Rhett, Smokey Robinson, Earth Wind and Fire, Deep Purple, Metallica, Vanessa Williams, Natalie Cole and Johnny Mathis. She regularly performs with Andrea Bocelli at the Hollywood Bowl as his Associate Concertmaster and has also served as Concertmaster with Pavarotti, Placido Domingo, Sarah Brightman and Alicia Keys among others.

Passionate about teaching and coaching to help inspire young musicians to reach their full potential as artists, De Ann owns a private studio where violin & viola students are admitted by audition. She also regularly coaches through Skype lessons around the U.S. and Europe, offering students help in preparing to audition for college, summer festivals and orchestral positions. Many of De Ann’s students now hold positions in various orchestras around the world. She presents masterclasses at various academic institutions on Neuro Linguistic Programming to help identify and address performance issues and make learning faster for artists. In June 2020, she will give a keynote presentation for Nevada Music Teachers Conference on her teaching method and how to get excellent, faster results in every level student.

De Ann attended the University of Wisconsin-Milwaukee and studied with Efim Boico & the Fine Arts Quartet. She then attended the University of Cincinnati-College Conservatory of Music to study with Dorothy DeLay & Kurt Sassmanshaus. She has also had the opportunity to study with some of the world’s best violin pedagogues including Josef Gingold (IU), Jascha Brodsky (Curtis), and David Cerone (CIM). All of these master teachers were her mentors at music Festivals including Aspen, ENCORE, LA PHIL Institute, Symphony School of America and Indiana Summer Festival.

De Ann lives in Las Vegas with her husband, Scott, and their 3 beautiful daughters, Grace, Rose and Faith. They enjoy spending summers in Northern Wisconsin with family and friends. 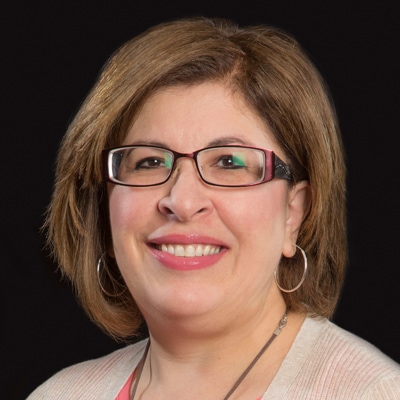 Ms. Ghoukasian the Executive and Artistic Director of the Nevada School of the Arts, and has been the driving force of the school’s new vision, new initiatives and community partnerships. Her vision and passion for NSA’s artistic and educational growth has inspired her to create many innovative programs for students and community alike. Ms. Ghoukasian has established Guest Artists, Musical Crossroads Concert series since 2009. These concerts establish guest artists short term residencies and introduce NSA and Clark County School District students to renowned classically trained musicians and educators who are equally well versed in performing in other genres and introducing students to concepts of jazz, rhythms of the tango and flavors of Latin music.

Ms. Ghoukasian’s own curiosity in film music has also created a program called “Kids2Kids” concerts prepared and performed by students for students. These concerts have been received with great acclaim by administrators and student audiences.

She has performed with many notable classical and pop artists including Luciano Pavarotti, Andrea Boccelli, Placido Domingo, Frank Sinatra, Tony Bennett, Smokey Robinson, Itzhak Perlman and others. Her solo performances include appearances with Henderson Symphony and Las Vegas Philharmonic.

Ms. Ghoukasian has received her early music training in Armenia. After moving to the United States she has received her Bachelor and Master of Music degrees in performance from University of Nevada, Las Vegas. She has studied with Lori Ulanova, Haik Balian and John Kendall.

Ms. Ghoukasian is an established pedagogue. Consequently she has been invited to present master classes and teach workshops in Arizona, Utah, California, Idaho, South Dakota, Alaska, Oregon, New York and Las Vegas Summer Music Festival. Shakeh Ghoukasian was one of the presenters at the American String Teachers National Conference in February 2005 and Suzuki National Conference in Minneapolis in 2006. She is a recipient of ASTA’s Studio Teacher Award in Nevada. Shakeh Ghoukasian is the founding member and Program Director of Green Valley Chamber Music Festival.

Ms. Ghoukasian’s students are winners of several local and national competitions and have been chosen to participate in numerous notable summer music festivals and camps. She enjoys working with young musicians and guiding their musical and artistic development. 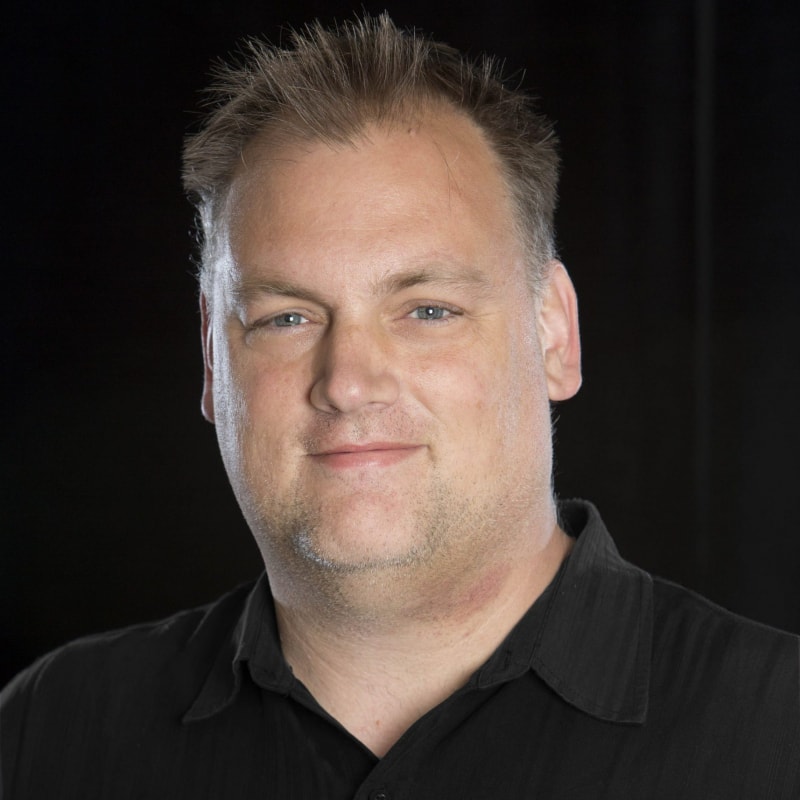 Jason Bonham’s playing has been heard throughout the US and Europe. As a recitalist, Jason has been deemed “an extraordinary, first-class viola virtuoso” by the St. George Spectrum and his playing has been described as possessing a “full, rich sound, a solid technique with mature musicality” by eminent violin and viola pedagogue,Roland Vamos. Currently, Jason is the Principal Violist with Las Vegas Philharmonic and has been a performer with the Chicago Symphony Orchestra, Saint Louis Symphony Orchestra, Milwaukee Symphony Orchestra, Elgin Symphony Orchestra, the Fort Wayne Philharmonic and Ars Viva Symphony Orchestra. In education, Jason is the Director of Instrumental Music at Tuacahn High School for the Performing Arts as well as the founder and artistic director of music programs at the Tuacahn Summer Arts institute. He has been a board member of the American Viola Society, Kayenta Arts Foundation and the Chamber Music Society of Southern Utah. His articles (both music and non-music related) have been published and discussed in the Journal of the American Viola Society, Time Magazine, the Wall Street Journal, NPR, and many others. His viola teachers include Helen Callus, Roland Vamos, Albert Igolnikov, Charles Pikler, David Dalton and Claudine Bigelow. He currently is pursuing is Doctoral degree in Orchestra Conducting with Taras Krysa at UNLV. Currently Jason resides in the St. George, Utah area with his wife, artist Aimee Bonham and 3 children: Billy, Fiona and Kortney. 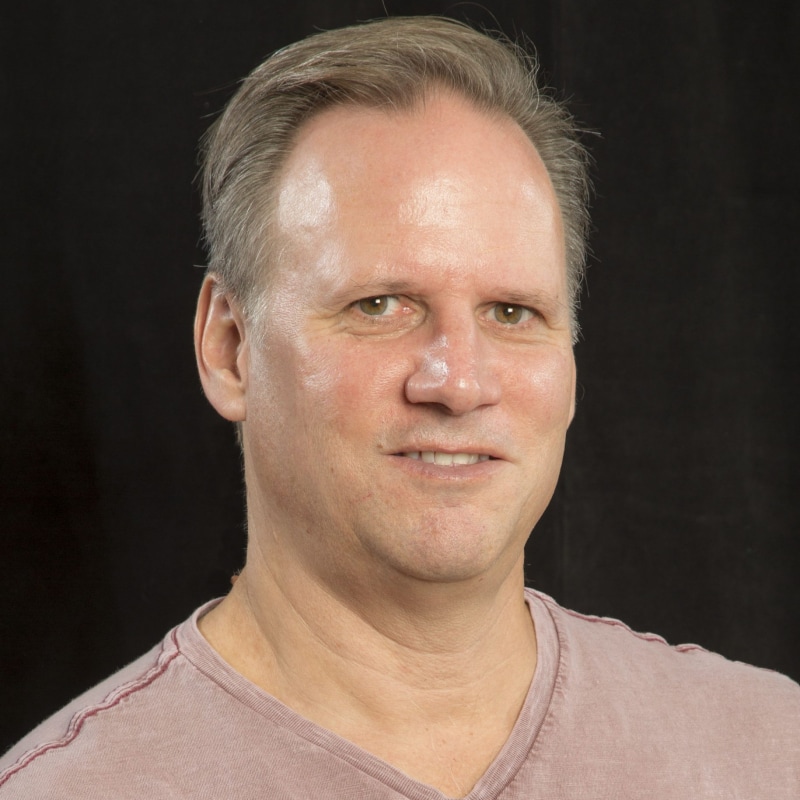 Cellist Andrew Smith is an Associate Professor of music at the University of Nevada, Las Vegas, and the Principal Cellist of The Las Vegas Philharmonic. He is an original member of the Camerata Deiá, a group founded in 2001 to be the resident ensemble with The Festival Internacional de Deiá , a summer festival in Majorca, Spain. He was also a founding member of The Adriatic Chamber Music Festival, a summer music program in southern Italy, where he taught and performed from 1998 – 2008. An active recitalist, Andrew has collaborated with pianist Alfredo Oyagüez in cello/piano recitals in Spain, Italy, Germany, Sweden, Denmark, New Zealand, Argentina, and Japan, as well as in Kosovo, Serbia, and Macedonia. Recent recitals include performances at the Emilia Romagna Festival, the Accademia Musicale Chigiana in Siena, and Weill Recital Hall at Carnegie Hall in New York City. The Smith/Oyagüez duo recently released a CD entitled, “Spanish Music for Cello and Piano,” on the Delos label in January, 2017. Of the CD, the American Record Guide said the duo plays “with verve and sensitivity,” and recommended the program “without reserve.”

Join our new membership program called Behind The Stand. Get exclusive access to videos, program notes, interviews, and other behind the scenes content.